In the meeting with the President of EWC, Dr. Richard Vuylsteke, President Panuelo described the Nation’s appreciation for EWC’s contribution to the FSM’s and the Pacific’s development. Dr. Vuylsteke emphasized that the top way to invest in the future is through education, that EWC is happy to play a contributing role in the Pacific’s development, and announced—to President Panuelo’s enthusiasm—an increase in funding from the U.S. Congress to support EWC’s programming, such as educational opportunities for students who cannot afford it.

“With over 70,000 alumni from [EWC] over the years,” President Panuelo said, “It’s so important that these connections are built and that we continue to maintain them. Our People and Government fully support [EWC], which has contributed to our Nation-building process including the educational development of our Founding Fathers. A strengthened [EWC] is equivalent to a strengthened Pacific.”

Citizens may recall that PIDP is the Secretariat to the Pacific Islands Conference of Leaders (PICL), of which President Panuelo is the Chair. In the meeting with Dr. Mary Hattori, Interim Director of PIDP, President Panuelo discussed his intention to invite U.S. President Joseph R. Biden Jr. to open the next in-person convening of the PICL, and sought an update on PIDP’s efforts since the PICL last convened in early June, 2021. Dr. Hattori described PIDP’s intention to build PIDP into the go-to hub for indigenous research, and PIDP’s efforts to regenerate the Pacific Islands Report, which historically provided essential news and open-access analysis in the region.

“The FSM is truly grateful for PIDP’s historical efforts in supporting the FSM and the Pacific at large,” President Panuelo said. “It is wonderful to see PIDP become reinvigorated through additional support from the U.S. Congress and increasing awareness and utilization by other Pacific Islands. In my capacities as President of the FSM and Chair of the PICL, I will do everything that I

possibly can to ensure that PIDP becomes the go-to hub for indigenous research, and a font of knowledge and training opportunities for men and women across the Pacific.”

In the meeting with Peter A. Gumataotao, Director of the Daniel K. Inouye Asia-Pacific Center for Security Studies, President Panuelo emphasized how proud the FSM is of the Nation’s Enduring Partnership and alliance with the United States, noting that the Asia-Pacific Center for Security Studies plays an important role in building connections, and providing educational and growth opportunities, for leaders across the region. With respect to the Center’s method of free and open discussion based in non-attribution, the discussions between the Director, the Center’s staff, and President Panuelo were highly fruitful, productive, informative, and beneficial for both the Center and the FSM.

“No country can encroach on our very sacred relationship that we have, under the defense umbrella we have with the United States,” President Panuelo said. “Contemporary geopolitics makes for a challenging time out in the World today…but the important thing is that we advance, advocate, and continue to practice…preserving and strengthening the rules-based international order.”

In the meeting with Celeste Connors, CEO and Executive Director of Hawaii Green Growth, President Panuelo enthusiastically expanded upon his recent announcement that the FSM is joining the Local2030 Islands Network, with the intent to ensure the Nation’s Sustainable Development Goals (SDGs) are incorporated into all actions to address the existential threat of Climate Change. The President further solicited Executive Director Connors’ advice on next steps. Executive Director Connors and staff provided a thorough briefing on how Hawaii Green Growth has thus far executed its mission to identify green growth policy priorities for an island economy, and inquired when Hawaii Green Growth can assist the FSM in developing its own Local 2030 Islands Network dashboard.

“In terms of when we can start [developing the FSM’s Local 2030 Islands Network dashboard], I’d say as soon as possible,” President Panuelo said. “Thank you for accepting the FSM in this partnership, where we will join [the U.S. Territory of] Guam and [the Republic of the] Marshall Islands in developing an open-data platform, available to the public, that will provide accountability for the progress we’re making on our SDGs.”

“I am deeply pleased,” President Panuelo continued, “That Hawaii Green Growth has developed a [Memorandum of Understanding] with [EWC] to have your office be in the same location as [EWC] and PIDP. This will strengthen our partnerships, which are key to our mutual success and prosperity.”

The meetings ended on a positive note, with Executive Director Connors’ suggesting that a meeting of Local 2030 Island Network leaders could occur on the margins of the next in-person convening of the PICL, to which President Panuelo agreed and indicated he would make it a point to invite leaders who are not yet members of the Local 2030 Island Network to join as well. 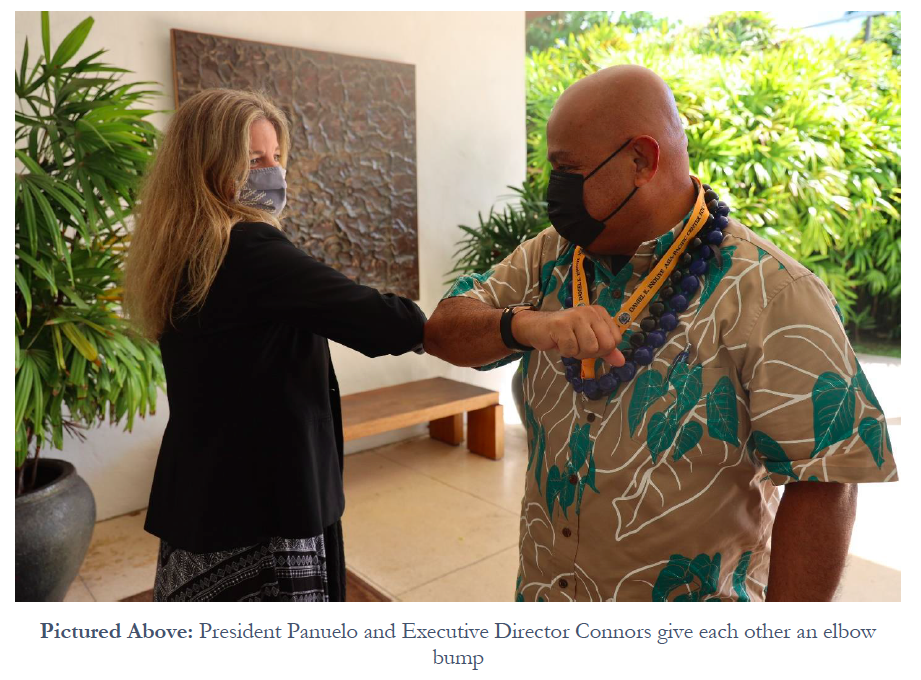 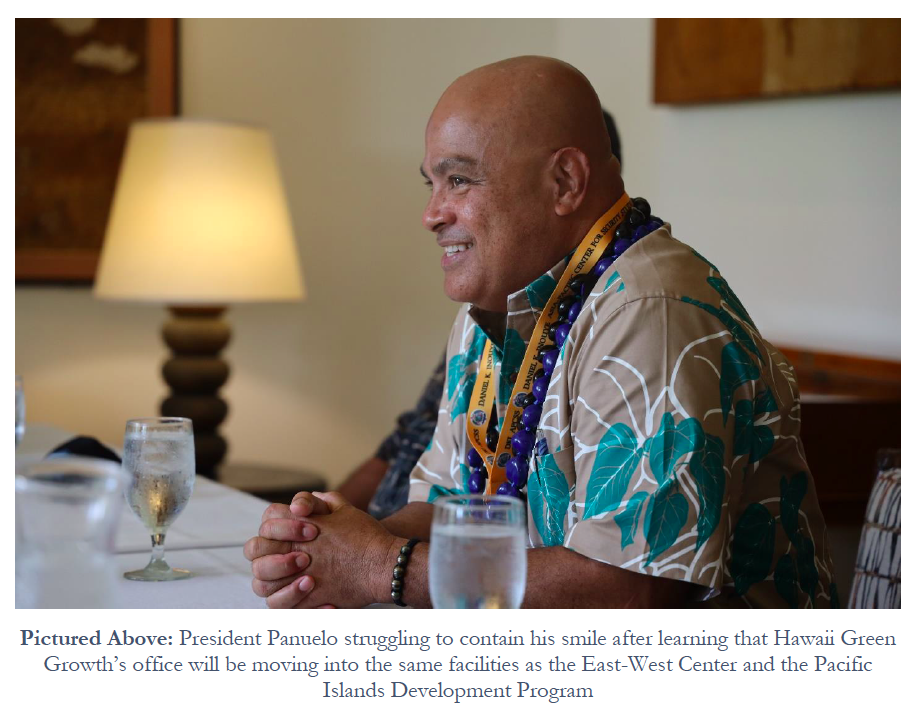 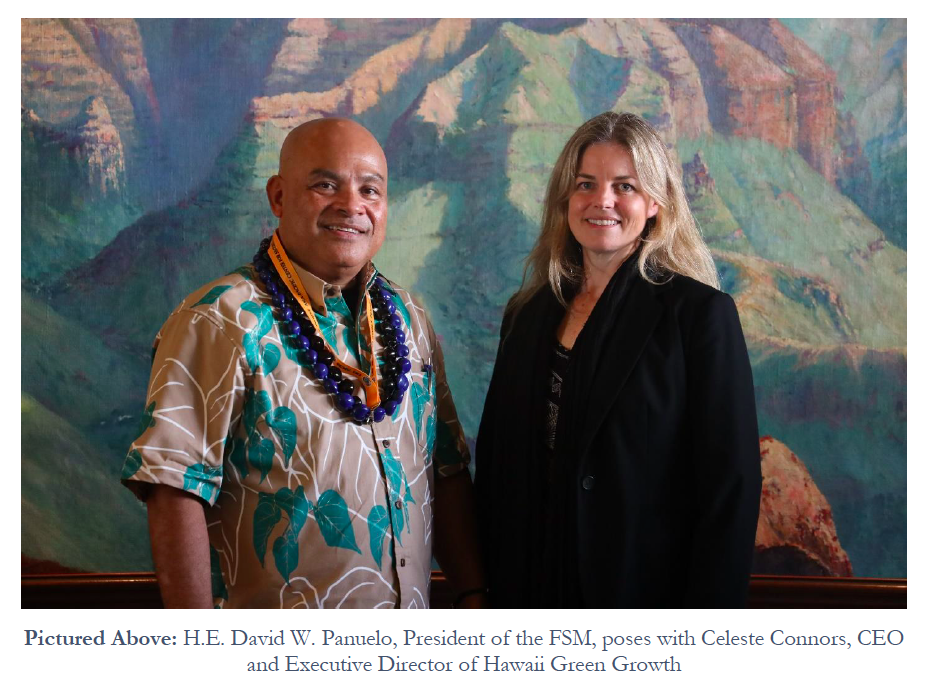 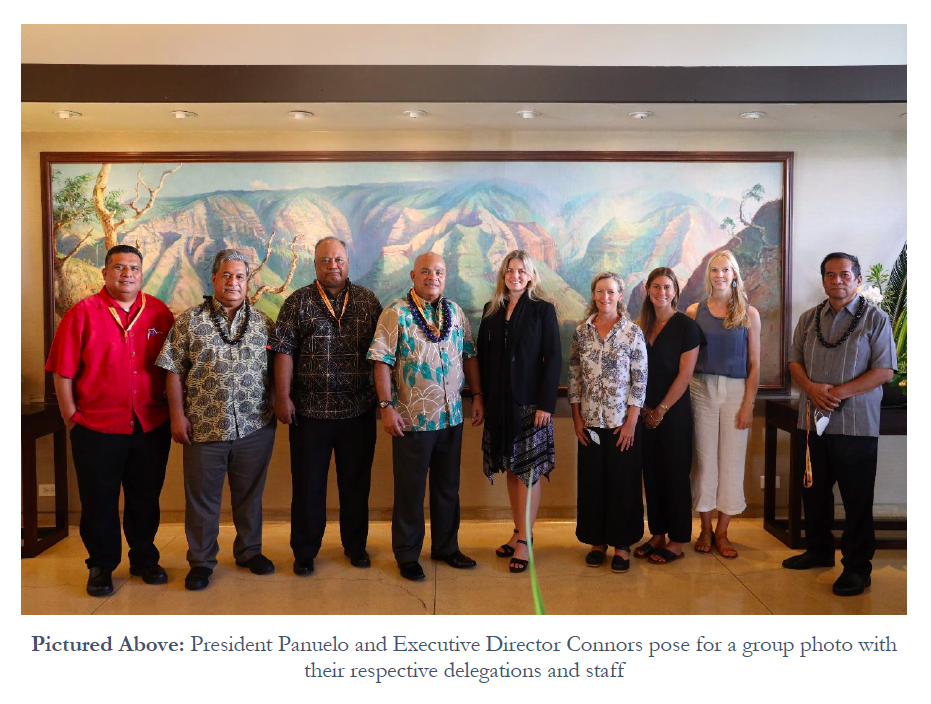 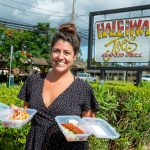